Plastic in the oceans: brands are offering solutions

They may look like just another pair of trainers. But they are made from recycled plastic. The Adidas “Parleys” are in fact emblematic. Each pair uses the equivalent of 11 plastic bottles removed from the oceans.  And in 2017, they sold 1 million pairs.

The brand has made this the flag bearer for its new sustainability strategy: Adidas has just announced that it intends to entirely stop using non-recycled plastic by 2024. While nearly half of the 920 million items sold each year contain polyester. “With volumes like these, we cannot make the transition overnight,” explains brand manager Eric Liedtke. But 2024 is just around the corner.

Adidas is neither the only nor the first brand to commit to reducing plastic ocean debris. Procter & Gamble has also joined the fight. In 2017, in France, the brand launched the world’s first shampoo in packaging made from recycled plastic, part of which is taken from the oceans.

At the time, the operation was lauded as a genuine feat: the waste had to be collected from the beaches, which required mobilising waste management companies (Suez), as well as citizens and non-profit groups, and even the employees of the partner companies to collect the plastic waste from the beaches. Then the processes for recycling this plastic had to be developed, since it is often deteriorated from sea salt and UV rays. This was made possible by a partnership with Terracycle that specialises in innovative waste treatment and recycling.

This is how two world-wide brands are tackling one of today’s emblematic pollution issues: the millions of tons of plastic that are accumulating in our oceans. They are offering initial solutions to fight the repulsive “7th continent” of trash that has formed in the middle of the Pacific. And it is an expanding continent: at the current rate of waste being dumped, there will be more plastic than fish in the oceans by 2050.

Both initiatives were commended internationally. P&G launched its product in Davos and received an award from the United Nations. The Parley shoes were launched inside the headquarters of the same United Nations in New York!

And, and this is what’s interesting, these brand proposals were both applauded by consumers. Both were commercial successes. The Parleys sold over 1 million pairs in 2017. In 2018, the brand is forecasting 5 million pairs!

As for P&G’s shampoo, P&G world sustainability manager Virginie Helias tells us it almost instantly became one of the 10 widest selling products in its category. “And it happened without any ad spend on the product, on a sector where all of the products are backed by advertising budgets.” That’s what we call successful.

At P&G, the process has been extended to other products and other countries in Europe and North America. Paradoxically, continues Virginie Helias, the difficulty in recuperating enough usable plastic from the beaches is limiting the program’s expansion. “But this success has inspired other brands from the group and was used as the basis for building our “ambition 2030”, which includes zero plastic in the oceans.”

It is a unique situation: brands often regret that consumers are not as eco-friendly in their buying habits as in their stated intentions. Likewise, consumers often complain of products not being virtuous enough. In this case, the brand proposal found its consumers.

And this is true of big companies as well as small ones. A number of start-ups are successfully launching innovative products on this theme.  Take for instance Bureo that makes skateboards from recycled fishing nets or Awake, a French start-up that makes eco-friendly watches with bracelets in recycled ocean plastic and that is enjoying tremendous success: it met its crowd-sourcing goal in just one hour!

Brands and consumers are looking for alternatives. When the former makes a proposal to the latter that is appealing and efficient, that tells a real story, well, it works! And examples are growing: Lego has just announced that it will soon start producing its toys from plant-based materials…

In the words of Parley founder and designer of the shoe of the same name, Cyrill Gutsch, the story of plastic and its pollution could be just a parentheses in the story of humanity.  The hydrocarbons that compose them are becoming scarce, while alternative technologies are appearing. “Continuing to use plastic today shows a lack of imagination”. 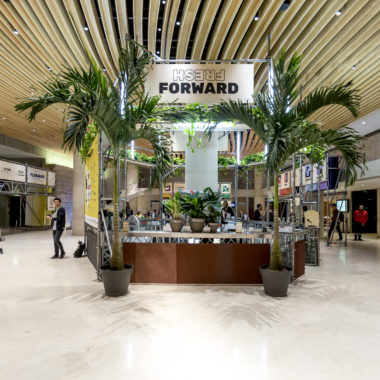 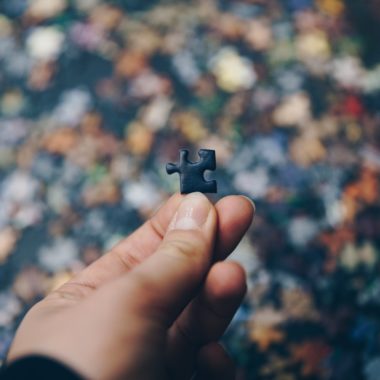