WE CARRY A VISION

If we want to seriously address the current century’s challenges, we have to think out of the box. Our goal is to inspire and to deliver tangible ideas and solutions. In order to optimize our participant experience, SB Paris plenary and hub session content, networking opportunities and workshop formats are drastically off the beaten track.

END_OF_DOCUMENT_TOKEN_TO_BE_REPLACED 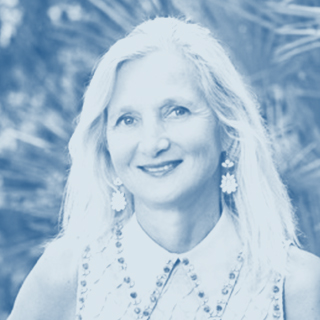 END_OF_DOCUMENT_TOKEN_TO_BE_REPLACED

” It is a great pleasure for me to attend this conference with so many innovative and inspiring contributors. Let’s build with our companies new economic models for a better society and the common good. “

Former student of ENA, Clara Gaymard is a graduate of IEP Paris. She started her career in 1982 at Paris city hall and joined in 1986 the State Audit Office as an auditor then as a counsellor. In 1991, she became Business Advisor and worked at the Economic Section of the French embassy in Cairo, Egypt.  Back in Paris, she was in charge of EU economic relations at the Ministry of Economy and Finance and became in 1995 chief of staff of the Minister of Solidarity between Generations. Then she was responsible for the “SME mission” until 2003 at the Ministry of Economy and Finance before to be appointed, in 2003, as Ambassador and Delegate for International Investments and President of Invest In France Agency (AFII).

She founded in 2013, with Gonzague de Blignières, RAISE Group has four complementary activities: RAISE Investissement, RAISE REIM, RAISE Ventures and the RAISE Endowment Fund named RAISESHERPAS. The three different investment teams pass on 50% of their carried interest to the Endowment Fund, aimed at helping startups build a sustainable future. Its model, the first of its kind in France, is at the heart of a virtuous ecosystem bringing together large corporate and institutional shareholders, mid-sized firms and the fledgling entrepreneurs.

Clara was also President of the Women’s Forum from 2015 to 2018. At the same time, she was President and CEO of General Electric France from 2006 to 2016. Clara Gaymard is a member of the Board of Directors of Veolia, Bouygues, Danone and LVMH.

Clara Gaymard and Gonzague de Blignières launched in April 2018 the Mouvement pour une Economie Bienveillante (the Movment for a Benevolent Economy). The movement gathers companies of all sizes engaged around three principles: Giving (dedicating, automatically and permanently, part of one’s economic resources to a philanthropic action), Acting (devoting philanthropic action to the company’s mission) and Together (bringing employees together around the supported projects). It aims to promote a generous and efficient business model, and to bring together all the actors who are already building it on a daily basis.