Who pays for Black Friday?

Black Friday is stuffing e-mailboxes with the virulence of a computer virus and the power of the mightiest digital marketing campaigns. But some brands are resisting: “Everybody knows now that someone has to pay for what we don’t want to pay, either the planet or the workers making the garment,” explains Centre Commercial, an eco-chic concept store that had participated in the movement up until now. Not this year. “But proposing the best transparent brands on earth is a tough economic battle.” It comes at a cost, says the store.

The same line of thinking can be found in mass retail. Some draw customers in with the nectar of chocolate spread sold at a loss. Others try to find the right price, as former Système U CEO, Serge Papin, “We sell farm products too high to be able to sell marketing products lower.”

With slashed prices, the ones who pay are the small farmers who sell at a loss and the exploited factory workers in Asia or elsewhere, who work 15 hours a day and are mistreated by their employers. Fair compensation across the entire chain must be found in order for the product chain to continue to exist.

In a way, brands also lose out. When they offer a 70% discount for a few days, what does that say about the prices they practice all year? Ultra-deep discount sales depreciate products. That is why, for now, Black Friday mainly concerns low-end electronics or fashion items. The strongest brands defend their value.

And the last category of losers: the other consumers. Discounts are only possible with higher margins on the other products. In fact, that is part of the logic behind Black Friday. You are invited to join a small group of privileged consumers who pay less – because the others pay more.

Unless of course it’s just a rip-off:  Two years ago, the consumer magazine UFC-Que Choisir scanned the prices of thousands of high-tech products and found… ridiculously low discounts on Black Friday: “-2% on TV sets, -8% off smartphones or -1.8% off laptops,” notes the newspaper Libération.

Reductions that count”: -58% wild animals in the world

But to rephrase Centre Commercial, when the people aren’t paying, it’s the planet. The frenzy drummed up for Black Friday causes an epidemic of compulsive shopping. It worsens humanity’s ecological impact on the planet.

Instead of boasting its reduced prices, Nature & Découvertes reminds us of some “reductions that count”: -58% wild animals in the world, -67% green turtles in the world, -90% sharks in the Mediterranean…

Are these purchases necessary? Couldn’t you have gone without it?  Among the leading brands committed to fighting overconsumption, in 2011, Patagonia ran an ad for Black Friday in the New York Times that headed, “Don’t buy this jacket”.

The campaign has since become a cult that keeps on inspiring brands around the world. It concludes with these words, “There is so much to be done, and plenty for us to do. Don’t buy what you don’t need and join us in reimagining a world where we only take what nature can replace.”

Among the many alternative proposals, one of the most outstanding is REI, (again) an outdoor gear brand. In 2015, REI launched a campaign called “Opt outside” where closes its stores on Fridays and pays its employees to go out and get some fresh air. It invites the rest of the world to do the same and reached over 2 million people last year.

This positive dimension is important, and even necessary, because it’s not enough to just say overconsumption is bad. We have to create the desire for another world, another kind of consumption.

Consuming less is a lot easier when all we want are extras than when we don’t yet have the basics. Responsible consumption should not be a luxury for the well-off while the financial security of many people is deteriorating.

The future for brands

The fact remains that, for now, the alternatives to Black Friday are as strong as the commitment of the brands behind them. Patagonia and REI are credible. But what could Darty or Volkswagen propose to fight overconsumption? Consuming differently is a cultural battle, and a difficult battle to win. But it is also the future for brands that do not want do end up in hard discount.

With thanks to Nicolas Neau and Gael Audier 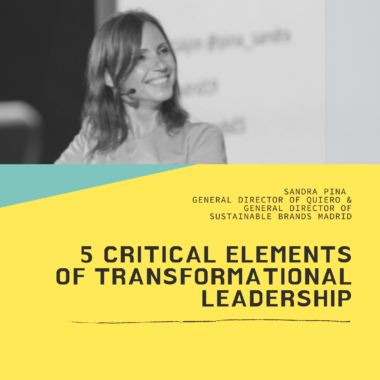